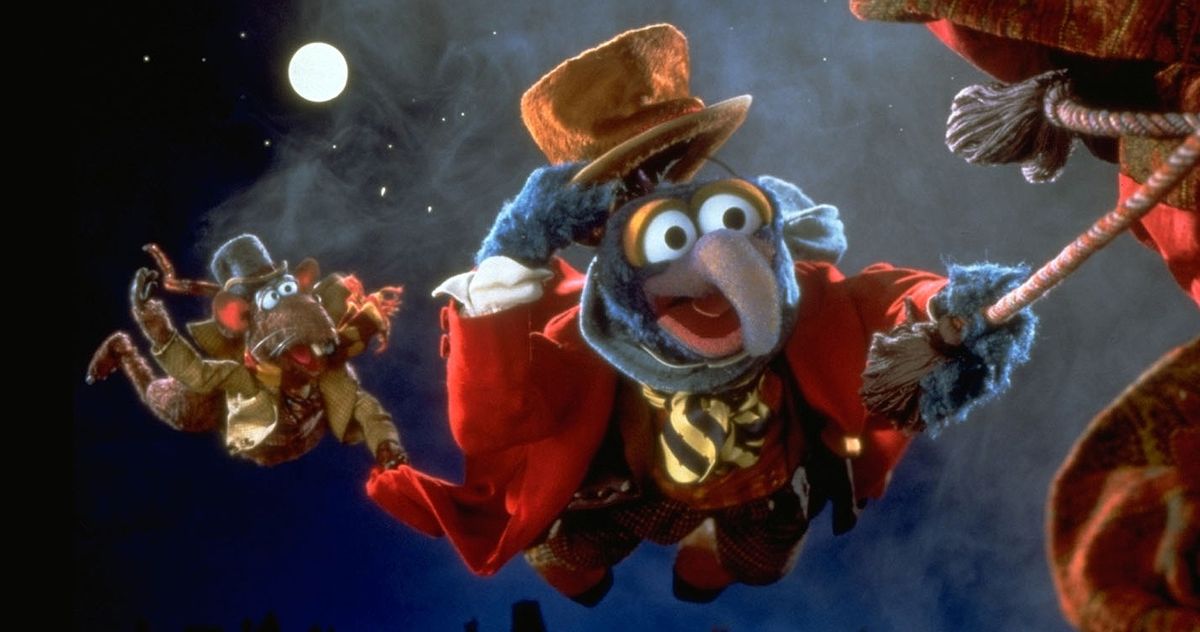 With a coterie of holiday movies from Old Hollywood fare to animated series slated across every streaming service, it can be difficult to know where to start with your Christmastime viewing options. Then there’s the matter of whether you’re in the mood for raucous holiday humor or a family-friendly heartwarmer, a Christmas Day classic or a holiday-movie favorite that’s technically not a holiday movie. And do you want something as short as a Simpsons episode or a movie with a lazy run time to accompany the food coma you’re in? Disney+ has plenty of options for any curious viewer and a handful of stone-cold classics you may already be searching for to maximize your yuletide enjoyment.

If you’re a millennial, there’s a solid chance you grew up loving this 1993 Disney film with its broad comedy and catchy soundtrack of reggae pop. And okay, technically it’s not a Christmas movie, but it’s doubtful anyone is going to complain. The cult favorite ticks every other box for the holidays: a wintry, snow-filled climate; a supporting role for the wonderful John Candy; a joyous, uplifting story of (real) sports underdogs; and a song you will never forget, with the immortal and hard-to-argue-with lyric “Jamaica, we have a bobsled team.”

With its snowy siren call, Frozen is hard to resist for the children in any household, and parents won’t mind that: It’s the childhood equivalent of putting Xanax in the punch bowl. The beloved animated film with Olaf the talking snowman and the fairy ice princess Elsa has become a modern classic for its cheerful humor and good-hearted depiction of sisterhood. And though there are many spinoffs (all of which are also on Disney+), there’s nothing quite like the original. Just be warned: It may inspire (many, many) repeat viewings.

Join Kevin McCallister (a towheaded Macaulay Culkin on his most precocious behavior), who was accidentally left at home in his parents ’90s dream house — only to discover his turf is being invaded. Kevin remains one wily step (and trip and fall and Looney Tunes injury) ahead of Marv (Daniel Stern) and Harry (Joe Pesci), the boneheaded thugs who try to rob his house and ruin his family Christmas. Pesci, of course, is perfect as the hot-tempered villain who gets so many comeuppances you almost feel sorry for him. Home Alone is so much of a Christmas tradition it’s now a December must-watch for many families. A revisit, not to mention a marathon through its several sequels on Disney+, will soon remind you why.

With Kermit the Frog as Bob Cratchit and Michael Caine as an unforgettable Ebenezer Scrooge, The Muppet Christmas Carol may be one of the most endearing Christmas films ever made. It’s also one of the most adorable Charles Dickens adaptations in existence, dispensing with the vague scariness of the ghostly elements in the book’s other filmed versions. Always walking the line between the genuine pathos of the story and the inherent absurdity of these scruffy little puppets, The Muppet Christmas Carol is a genuinely warmhearted holiday affair with Caine giving every ounce of his very considerable acting talent to the effort without once seeming above the material. Just look at Muppet Tiny Tim: Little mini-Kermit is sure to make anyone melt.

For those of us who like our yuletide viewing more on the goth side, Tim Burton’s introduction to the hideously, comically moribund world of Jack Skellington, with all of its stop-motion creepiness and cockeyed angles straight from a ’40s crime film, is hard to deny. Burton, who has always been interested in the grim underside and darker corners of life, hits a rich strain of cynicism about the wanton consumerism and faux good cheer of the holiday season. But we get to have our cake and eat it: Sandy Claws finally teaches Jack and the residents of Halloween Town the true meaning of Christmas too, making for a happy ending. The inventiveness and the rebellious spirit of The Nightmare Before Christmas make it a one-of-a-kind classic.

Disney+ and its streaming selection have always been a great boon for ’90s nostalgia, so it’s pretty fitting that the 1994 holiday hit The Santa Clause is on the service. You probably know the story: Tim Allen is an ordinary suburban dad who accidentally kills Santa when the big man falls off a roof. (Somehow, when you write it down, that doesn’t sound at all like the amusing, cutesy bit of fluff that follows.) Forced to fill Santa’s boots and finding himself abruptly, inexplicably obsessed with milk and cookies and with a face fully sprouting a white beard and an expanding waistline to match, our baffled protagonist stumbles into the role of Santa and an inevitable happy, festive ending. This year, a brand-new Disney+ original show, The Santa Clauses, sees Allen reprise the part over two decades later when his character sets out in search of the next lucky inheritor of the red-and-white suit.

As with so many of the best Simpsons episodes, this one — in which Bart becomes the family pariah after shoplifting a video game, leading Marge to confront her disappointment in her son — blends existential emotion with zippy comedy, resulting in a hilarious episode with a gooey center. In fact, it has been cited as one of the main inspirations for Bojack Horseman. And while there have been plenty of good Christmas episodes of The Simpsons over its long duration (its very first episode had a Christmas setting!), this is far and away the most touching of all.