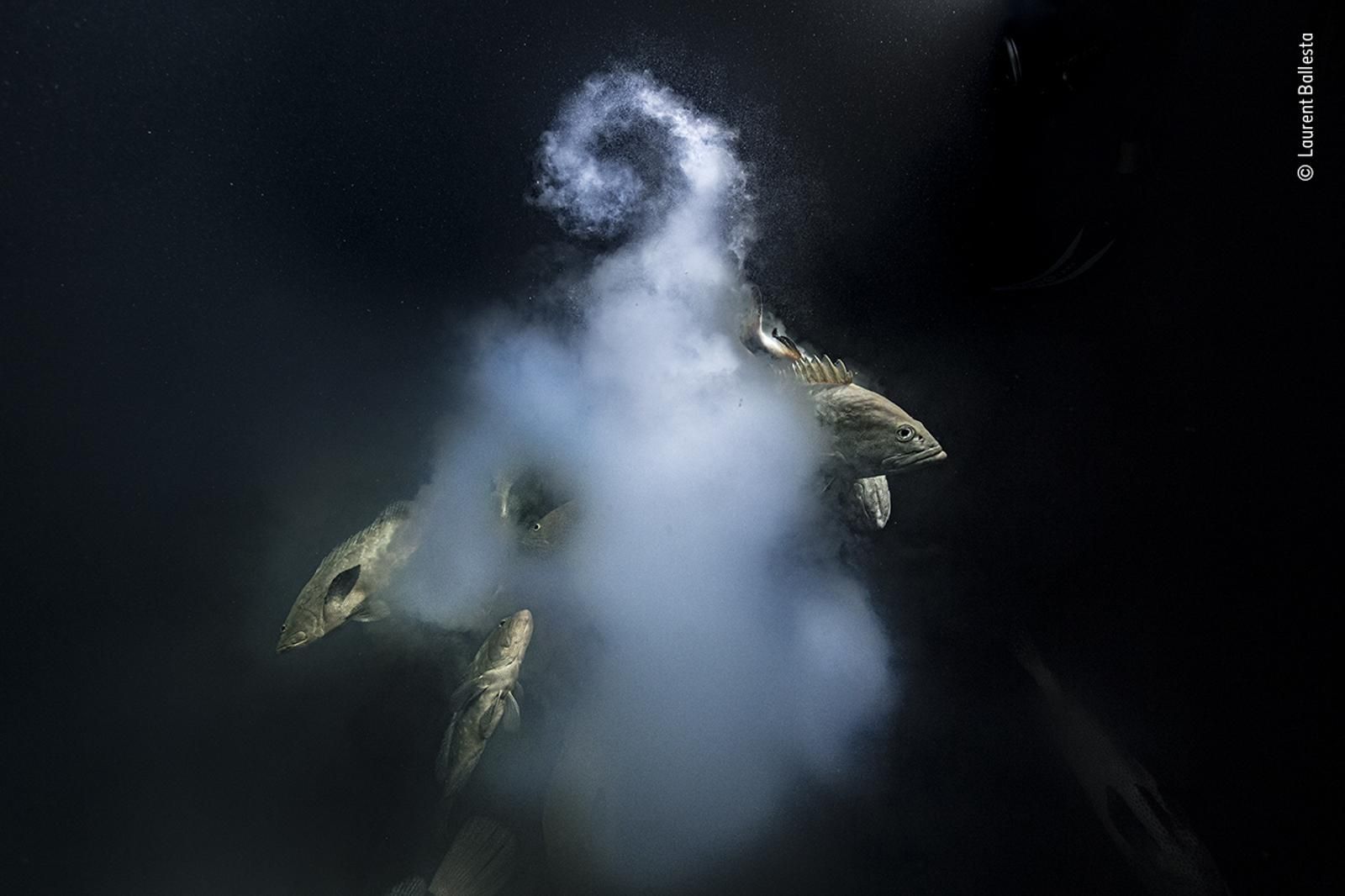 The winning images from this year’s prestigious Wildlife Photographer of the Year Awards capture an up-close encounter with an elusive spider, a magical undersea kept forest, and a glimpse from a hungry grizzly at mealtime.

The 2021 award winners were revealed in an online ceremony held this week by the London’s Natural History Museum, which organizes the annual competition and hosts an exhibit of the winning images. The international panel of judges selected winning images from more than 50,000 entries from nearly 100 different counties. The competition, which has been running for 57 years, awards prizes in 19 categories of wildlife photography, including animal behavior, plants and fungi, and animal portraiture.

This year’s winners were chosen for “their artistic composition, technical innovation and truthful interpretation of the natural world,” according to London’s Natural History Museum.

The 2021 grand prize winner, French photographer and biologist Laurent Ballesta, spent more than 3,000 hours trying to capture his stunning undersea image of mating groupers, reports Natasha Daly for National Geographic. Groupers—large, stout fish—mate just once a year for less than 30 minutes. Under the light of the full moon each July, the male and female fish each release a cloud of sperm or eggs. Ballesta and his team returned to the same lagoon in French Polynesia every year for five years to finally capture the image, which is titled “Creation.”

Ballesta’s photograph captures “a magical moment,” said Roz Kidman Cox, chair of the judging panel, in a press release. “It is surprising, energetic, and intriguing, and has an otherworldly beauty.”

The region of French Polynesia where Ballesta captured the image of the mating groupers, Fakarava Atoll, is a protected UNESCO Biosphere Reserve that provides habitat to several threatened and endangered species, including vast coral reefs and bird species. Outside the reserve, however, overfishing and habitat loss pose a serious threat to the region’s wildlife.

The image is “a compelling reminder of what we stand to lose if we do not address humanity’s impact on our planet,” said London’s Natural History Museum director Doug Gurr.

Here are a few winning images that showcase the planet’s extreme places and creatures:

“Dome home,” Winner of Young Wildlife Photographer of the Year

“Grizzly leftovers,” Winner of Animals in their Environment

“Where the giant newts breed,” Behaviour: Amphibians and Reptiles