California College of the Arts bids farewell to Oakland 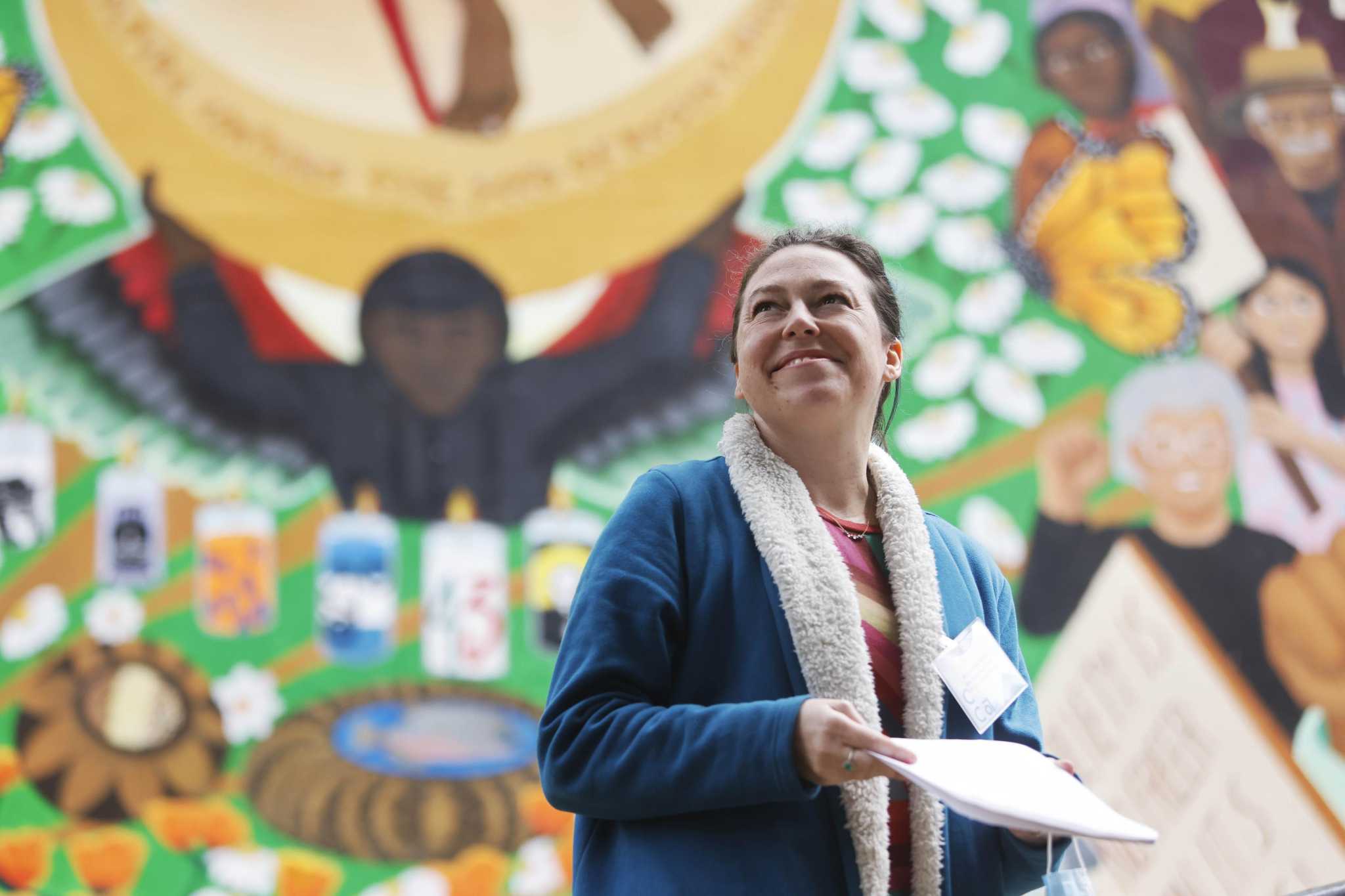 A hundred years after the California College of Arts and Crafts made a leafy spot in North Oakland its home, students, faculty and alumni bade farewell Friday to the campus, which has relocated in recent years to a more spacious campus in San Francisco’s Mission Bay.

The closure of the historic Oakland campus, which sits at the corner of Broadway and College Avenue in the Rockridge neighborhood, was announced quietly in 2016 then more officially in 2019.

Officials at the college, which changed its name to California College of the Arts in 2003, said the move was necessary because the Oakland campus was hemmed in and unable to expand, and because the college wanted to consolidate with its San Francisco campus.

On Friday afternoon, the final day of classes at the Oakland campus, students, faculty and alumni gathered on Macky Lawn on the campus to say goodbye. At an event titled “To the Oakland Campus With Love,” they wrote love letters to the Oakland campus then attended receptions.

It’s been a long goodbye. Teri Dowling, an alumna who’s now the college library director, said the closure of the Oakland campus had been discussed since she arrived in 2011.

“The fact that we’re now doing it, it feels good to finally get going and moving ahead with the project,” she said.

But many on campus said they’ll miss the tree-shaded oasis and historic buildings, which many found inspirational.

“We mourn its loss and will do everything we can to bring all of our memories with us,” said Deborah Valoma, head of the textiles department and co-chair of the college’s Oakland Campus Legacy Project. “We’ve been talking about how to capture the history, the legacy of the campus and bring it over to San Francisco.”

That included moving a bell from the 1930s, saving written memories that students hung on trees as “love letters,” and continuing to collect oral histories.

For Yesenia Aguilar, a 2019 graduate and alumni engagement manager, those memories include meeting her now-partner in the library and long bus rides on the shuttle between the Oakland and San Francisco campus, during which she grabbed some extra sleep but lost hours that could have been spent in class or the studio.

“Having a split campus was sometimes a difficulty,” she said. “It will be nice to have everyone back together in one place.”

For Chris Johnson, a photography professor for 45 years, the move from a woodsy, natural campus to one with a modern and industrial feel will be challenging.

“We’re going to see whether we can capture the spirit of the school separate from this place,” he said. “So we’ll see.”

According to the college’s website, the CCA entered into an agreement to redevelop the campus with community gathering spaces, affordable housing, office space for arts nonprofits and bike parking while preserving the campus’ cluster of historic buildings and trees.

The school bought the 4-acre James Treadwell estate in Oakland in 1922 and spent four years preparing it for students and teachers to move in, and in the 1960s, ’70s and ’80s, more buildings were added to the campus. The institution gained college status and was officially named California College of Arts and Crafts in 1936.

California College of the Arts will now be housed entirely at its Mission Bay campus, built on the site of a former Greyhound bus maintenance yard. Beginning in the fall, all classes will he held on the San Francisco campus for the first time, according to college officials.

The private nonprofit college has about 1,600 students studying in the areas of architecture, fine arts and humanities and sciences.

Even though the closure of the Oakland campus, which will become official in September, has been long planned, Aguilar admitted it feels strange.

“It will feel odd to get into our cars and drive away after 100 years,” she said.