14 Shows and Movies With ‘Euphoria’ Vibes 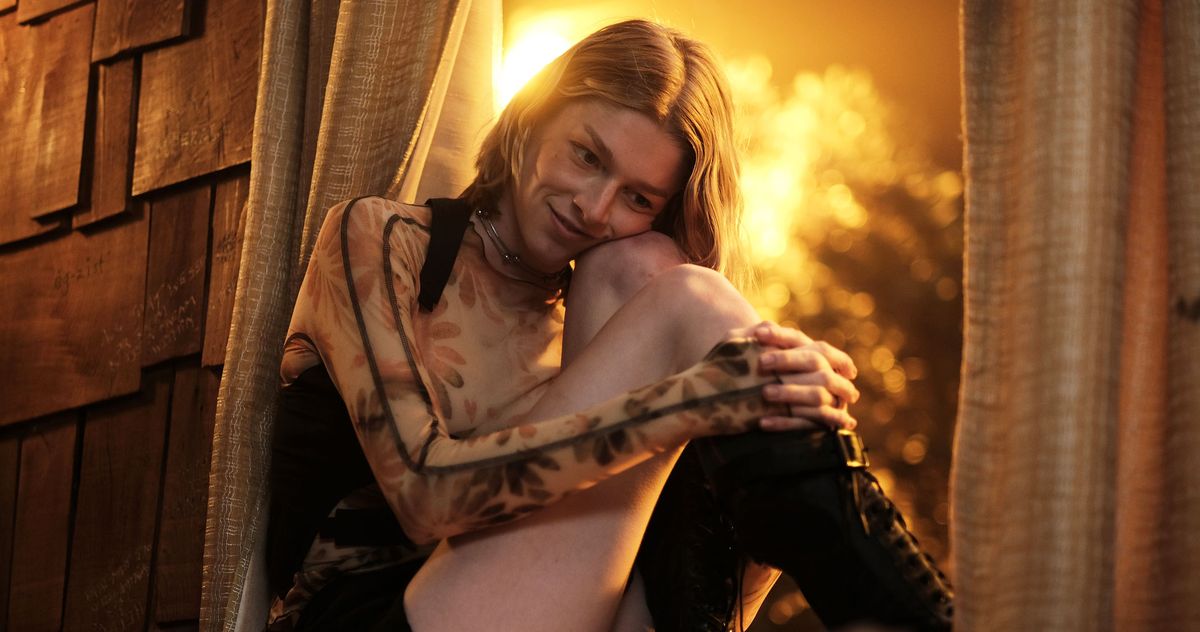 Euphoria has become a pop-culture phenomenon because, in some ways, it’s unlike anything we’ve seen before (and I’m not just talking about the constant stream of full-frontal dicks on display). But looking across TV and film, there are shows and movies that deal with similar themes and have characters, plots, and vibes in common. Here are some things to tide you over until we find out whether Rue and Jules ever reconcile — and what happens in the third act of Lexi’s play.

Yellowjackets is streaming on Showtime.


British teen drama Skins has drawn more Euphoria comparisons than any other show. It’s easy to see why: Both star a group of young people discovering sex and drugs for the first time, living a much more hedonistic life than most teens do, set to an era-defining soundtrack. When watching Euphoria, there’s the distinct feeling that we’re seeing the next generation of Hollywood royalty take flight. And that’s what Skins turned out to be, having launched the careers of actors like Daniel Kaluuya, Nicholas Hoult, and Dev Patel.

Skins is streaming on Hulu.


If you’re wondering what Sam Levinson was doing before Euphoria, the answer is 2018 black comedy Assassination Nation. The film takes place in the fictional town of Salem, which devolves into chaos after a computer hacker discovers and leaks personal secrets about many of its residents. The ensemble cast is dominated by iconic women, including Odessa Young, Suki Waterhouse, Hari Nef, Abra, Bella Thorne, and Euphoria’s own Maude Apatow. It’s sort of like Euphoria meets Kill Bill meets The Purge: completely ridiculous, but undeniably entertaining.

Assassination Nation is streaming on Hulu.


Coming-of-age film Lady Bird was Greta Gerwig’s solo directorial debut. It follows Christine (Saoirse Ronan), a Sacramento high-schooler who has big dreams of escaping California for the East Coast. Like Jules in Euphoria, Lady Bird (the name Christine goes by) is consumed by the feeling that so much more awaits her outside the confines of her narrow-minded hometown. And like Rue, Lady Bird navigates fractious relationships with her mother, plus her best friend Julie Steffans (Beanie Feldstein). If Euphoria has left an “emotionally unavailable guy with perfect hair”–shaped hole in your life, Lady Bird underlined Timothée Chalamet’s status as Gen Z’s twink heartthrob.

Lady Bird is streaming on Netflix.


Generation was a one-season wonder, but the HBO show still has plenty going in its favor. Girls creator Lena Dunham and showrunner Jenni Konner revive their partnership as executive producers, plus Dunham writes an episode. The story centers on a group of high-school students in Orange County who explore their sexuality in a modern world. If you’ve watched The Real Housewives of Orange County, you’ll know it’s a very conservative enclave of California, so the teenagers are navigating similar issues as Euphoria, but in different surroundings.

Generation is streaming on HBO Max.


Clique, a Scottish thriller series created by the BBC, is essentially a whodunit for the #GirlBoss era. Georgia and Holly are only a few weeks into the so-called “best years of their lives” at university when they get drawn into an elite clique of alpha girls led by a mysterious lecturer. After the pair secure spots in a coveted internship program, they enter into a seductive world of lavish parties, populated by Edinburgh’s coke-snorting elites. Here, their friendship is pushed to the brink and, unsurprisingly, things soon take a much darker turn.

Clique is streaming on Hulu.


The unexpected success of cult teen comedy Easy A solidified Emma Stone’s status as Hollywood royalty-in-waiting. The story is narrated by Olive Penderghast (Stone), a 17-year-old high-school girl who has tangled her life in a huge mess of rumors. We get to see how, with the best intentions, she screwed everything up. Similarly to Euphoria, the cast of Easy A couldn’t be more “of its time,” with Stone starring alongside Penn Badgley, Lisa Kudrow, Amanda Bynes, and everyone’s favorite gay-coded hippie dad Stanley Tucci. Unlike Euphoria, we actually get to see Olive doing some schoolwork (well, when she’s not thirsting after her married English teacher, of course).

Easy A is streaming on HBO Max.


HBO’s Industry is like the next chapter of Skins, in which the chaotic cast of teens graduate from elite universities and start working in London’s fast-moving finance world. (It even features a Skins alumnus: seasons five and six’s Freya Mavor.) The cast might be older in age and dressed like corporate squares, but the fast-paced and slightly exhausting vibe is similar. Plus, Industry also revolves around two young women: Harper (Myha’la Herrold) and Yasmin (Marisa Abela). The duo’s hypercompetitive friendship and tangled romantic lives play out on a backdrop of high-flying clients, cocaine-fueled parties, and office trysts.

Industry is streaming on HBO Max.


Gossip Girl is pretty much the OG of toxic high-school dramas. And now, there are two to choose from: the 2007 version or the 2021 reboot. If you’re looking to fill a Euphoria-shaped void in your viewing schedule, the reboot is probably the best option. It’s much more diverse and has clearly been filmed in the current era of Uber and Jameela Jamil.

Both versions of Gossip Girl are streaming on HBO Max.


If the darkness of Euphoria is your thing … maybe you should unpack that. But in the meantime, a film that’s arguably even darker is Thirteen. The story follows a new friendship between 13-year-old Tracy and Evie. As the pair become close, Evie introduces a formerly innocent Tracy to sex, drugs, self-harm, and crime. As a vital contribution to the “white women in crisis” canon, the film features an Academy Award–nominated performance from Holly Hunter as Tracy’s exasperated mother.

Thirteen is streaming on Cinemax.


If you’ve ever wondered what Euphoria, Yellowjackets, and The Hunger Games would look like all mashed up together, the answer is The Wilds. The show follows a group of teenage girls from different backgrounds who find themselves stranded on a remote island. The plot twist is that the girls are unaware that they’ve just become the subjects of an elaborate social experiment and the plane crash was entirely staged. Similarly to Yellowjackets, the quest for survival is interspersed with flashbacks and flash-forwards, so we never know what’s coming next.

The Wilds is streaming on Amazon Prime Video.


Degrassi is pretty much the MCU of high-school dramas. The Canadian teen-drama franchise was founded in 1979 and has had more reboots and revivals than Cassie had outfit changes in Euphoria’s second season. Unlike Euphoria, Degrassi is known for casting actual teenage actors to explore its adolescent themes. The franchise is considered one of Canada’s greatest TV achievements, and, after Degrassi: Next Class was canceled in 2017, HBO Max announced another reboot for 2023. So the story isn’t over yet. (Fun fact: In 1992, Degrassi was the first time the word “fuck” was heard on Canadian television.)


The Bling Ring represents an important pop-culture moment: the arrival of Emma Watson’s “American” accent. Based on the 2010 Vanity Fair article, the film follows a real-life gang known as the Bling Ring, a group of fame-obsessed teens who use the internet to track the whereabouts of celebrities like Paris Hilton in order to rob them. (The Italian Job could never). If you gasped and giggled at Rue being chased by the police, you’ll love it, because it couldn’t be less subtle if it tried. The film might seem like an outside choice to replace Euphoria, but its memeability potential is very high. Plus, just like Zendaya, it’s fun to watch Watson — an actor who had comparatively innocent origins — being bad for a change.

The Bling Ring is streaming on Showtime.